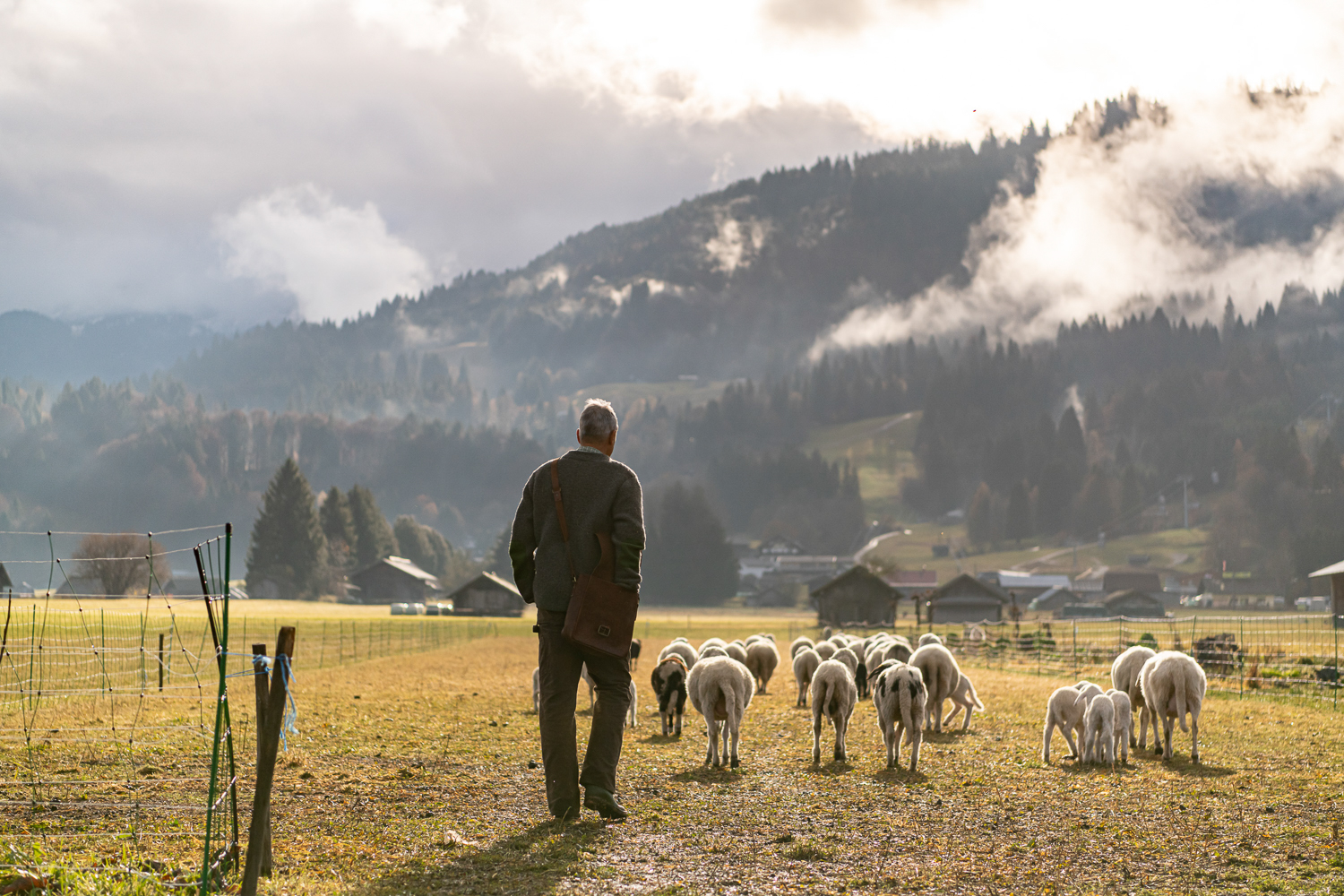 At the Graseggers, it’s all about the “Gwand”. And that means nothing other than the fact that the fourth generation of the Graseggers is already exclusively concerned with ensuring that buyers not only look good in it, but also feel comfortable in it.

The manufactory in Farchant, which is part of the Graseggers’ business, exists for more than 15 years. Original traditional costumes and individual made-to-measure clothing have been created with loving precision near Garmisch in the Bavarian Alps. In addition to the normal yarn, Grasegger also has its own loden produced. However, before the wool is finely refined and finally placed on the hanger, real manual work is required.

First of all, the Werdenfels mountain sheep breeders deliver the wool, followed by the washing, spinning and weaving steps in various manufactories. To give the loden its typical firm, water-repellent structure, it is felted by washing for hours. But no matter in which texture – in the end, the yarn meets concrete ideas and skilled hands in the Grasegger manufactory.

More than 1,400 different cut variations for jackets and vests can now be found in the collection. In addition to the tradition-oriented, the fashionable lines are also in great demand. Retailers from all over Bavaria and Austria carry the seasonally changing collections of the Trachtenmanufaktur Grasegger. The somewhat different signature, the high-quality workmanship and the use of traditional fabrics from weavers who are among the last of their kind are appreciated. Familiar quality, without any kitsch. But traditional and very modern.

Magnificent Lüftl paintings adorn the facade of the flagship store in the pedestrian zone in Garmisch-Partenkirchen. Inside, one is embraced by a coziness that otherwise only a family visit can create. Scents both familiar and unfamiliar assail the nose, lots of wood, wall paneling with carved reliefs, the curtain of the changing rooms is made of loden. Of course, one would like to shout, after all, fabric is the true king at Grasegger. The entire team is intensively involved with fabric qualities such as loden, linen, cotton and silk and closely follows all stages – from weaving to finishing to printing.

Each season has its own individual color concept, implemented in a wide variety of designs and prints. The basis for the great variety in the assortment is the company’s own collection of old mod’l, with which all Dirndl fabrics are printed: Cotton poplin and satin, linen, loden and silk. Comfortable tradition to slip into.

Out into the fields of botany