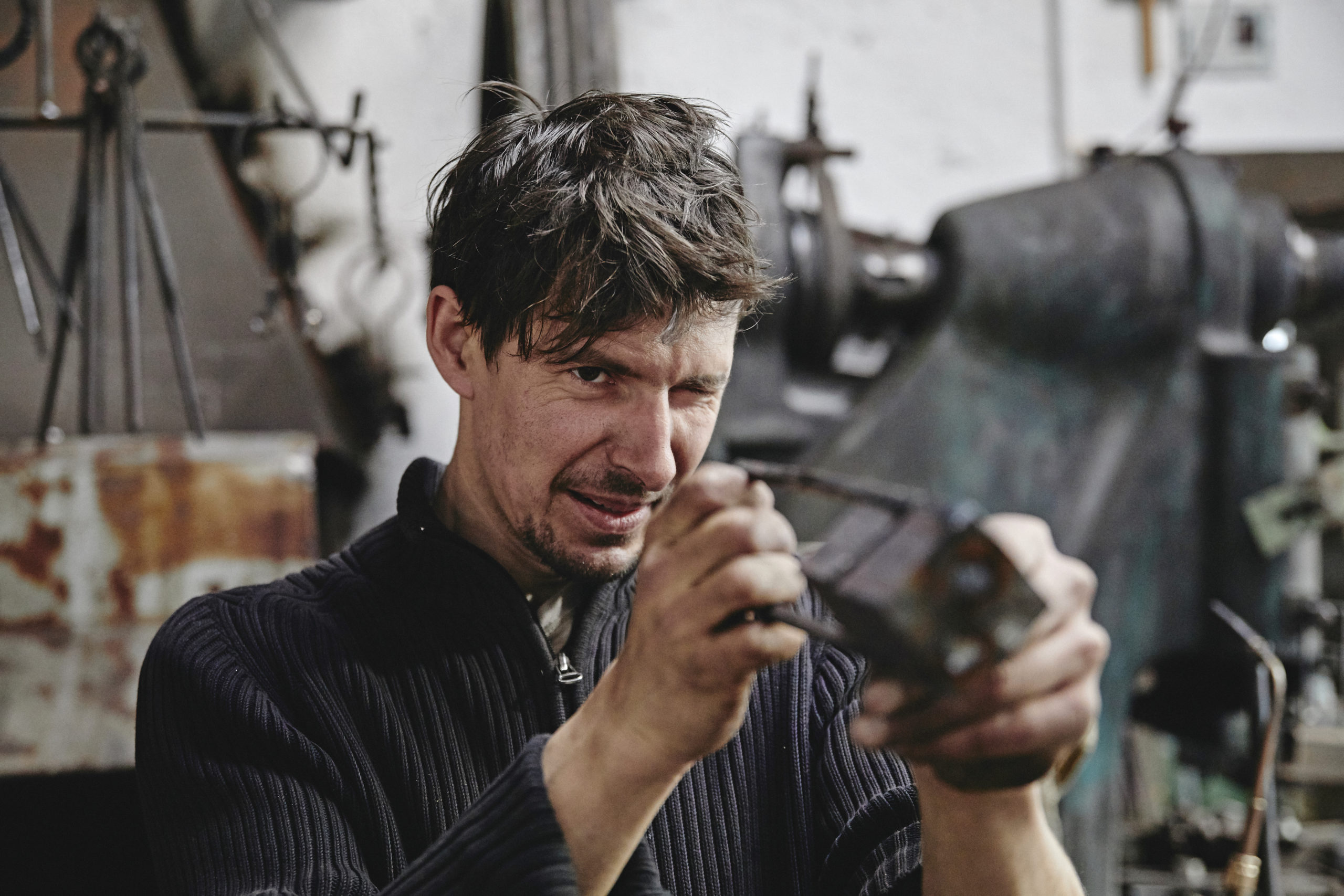 The greatest hero during his childhood is his grandfather. He was a village blacksmith and farmer. Michael von Mücke decided early on that he wanted to do exactly the same thing as his grandfather.

He learns the trade of blacksmith from Martin Breidenbach in Peiting, who also unleashes in him an interest in contemporary metal design. After his apprenticeship, he undertakes further training in the field of horse shoeing. On the one hand, this awakens his love for horses, but on the other hand, he also realizes that he will not become the kind of blacksmith his grandfather was. Michael decides to study at the Academy of Design at the Chamber of Crafts in Munich. During his studies he discovers for himself the process of designing and the attraction of experimenting. These journeys of discovery are still the inner driving force and source of his creative work today. Thereby traditional cultural heritage and its translation into the contemporary. Be it in music or as a designer.

He has been making music with his bandmates from Kofelgschroa since childhood. Between 2012 and 2017 he pursues music making full time and tours bring him as far as the USA and Peru. In the creative field, everything revolves around the theme of “table and table culture” for the native of Oberammergau. He playfully develops new ideas and produces furniture, objects and utensils with perfect craftsmanship. Together with fellow designers Lukas Gruber and Jonas Kraus, he produces the Rumms collection. Their best-seller is a nutcracker, which was initially produced by hand and is now going into series production.

His latest project, Uldri, is also about table culture, with the theme of agriculture coming into play again. On an old farm in Pfaffenwinkel, which he is currently renovating collectively with his brother and his brother’s girlfriend, they are setting up a farm with goats, while he is building his blacksmith’s shop with adjoining studio apartment in an outbuilding. In the near future, there will be small cultural events there, where everything honestly produced on the farm will be served and framed by music. With this, Michael is realizing his vision of a place where he can bring his three passions of design, sustainable agriculture, and music to life in harmony.

More about Michael von Mücke’s personal recommendations from his environment can be found in our guide to handmade quality in the foothills of the Alps.