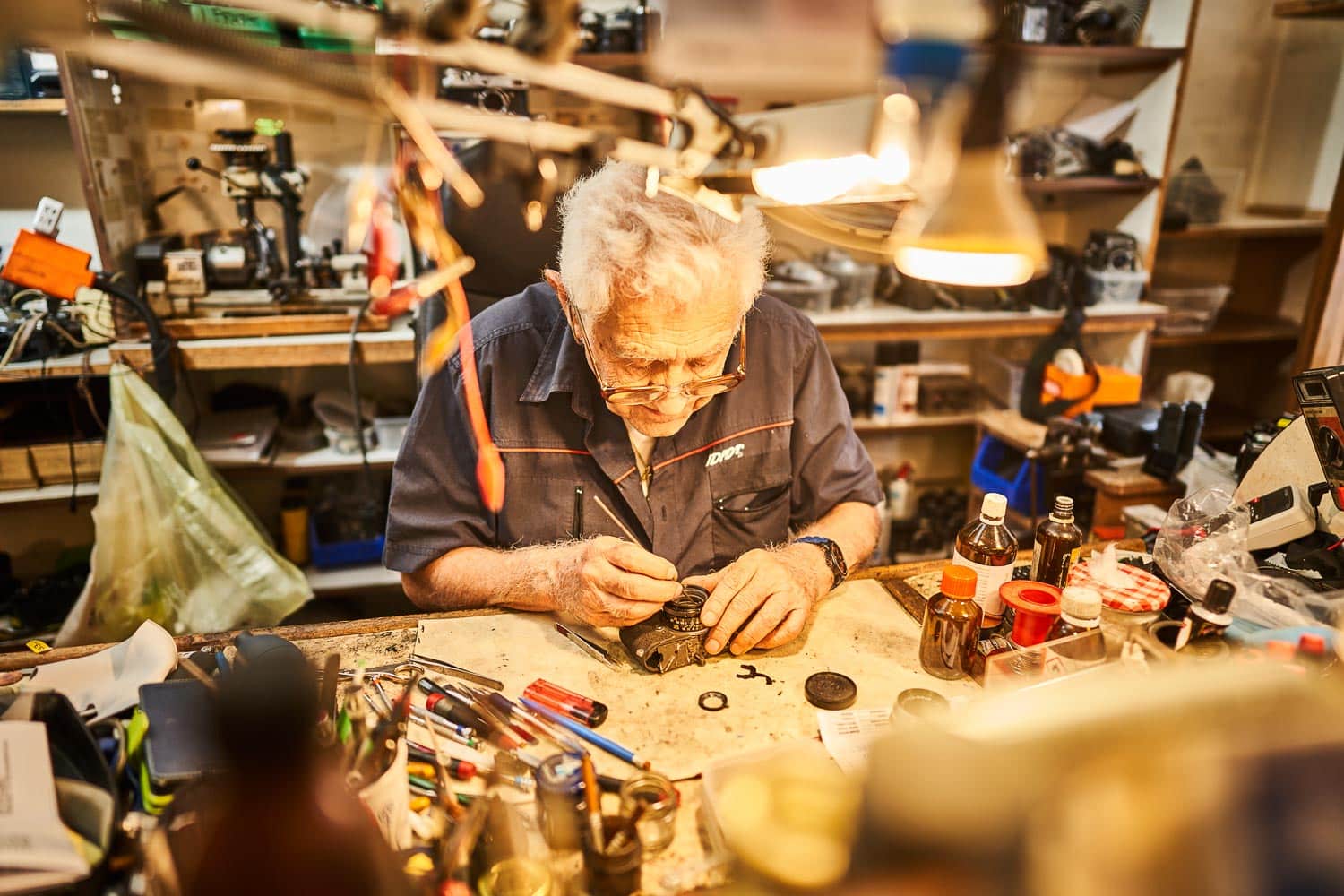 A nose for the right wine

Gerard Wiener is a legend. For friends of analog photography and classic cameras from Leica, Rollei, Hasselblad or Nikon, his store on Landwehrstraße is a bright fixture. For four decades, Mr. Wiener has been repairing mechanical cameras and equipment in general, such as VHS video recorders.

Of course, he also sells vintage cameras and optics. Spare parts that he does not have available he manufactures himself. So of course he is a meeting point for loyal customers. After an extreme downward trend when digital cameras became en vogue, analog cameras have come back in recent years. Heirlooms or flea market finds: sooner or later, there’s no way of getting around Gerard Wiener.

The appearance of the Frenchman is somewhat reminiscent of Jean Gabin, and the small store, which is both a workshop and a warehouse for spare parts, is reminiscent of H.G. Tannhaus’ watchmaker’s studio from the Dark series. The only difference is that the journey through time begins as soon as you enter the store: little has changed here since it opened in 1973. The addition of the word ‘Schnellservice’ (quick service) to the company’s name is evidence of the realization that time is relative. A blessing.

Gerard Wiener is among many other manufacturers, retailers and restaurants part of Munich “Handgemachte Qualität”. The guide is our latest book out of the Makers Bible series. A compact city guide in pocket book format, which leads to handmade, genuine and passionate quality in Munich.

A nose for the right wine