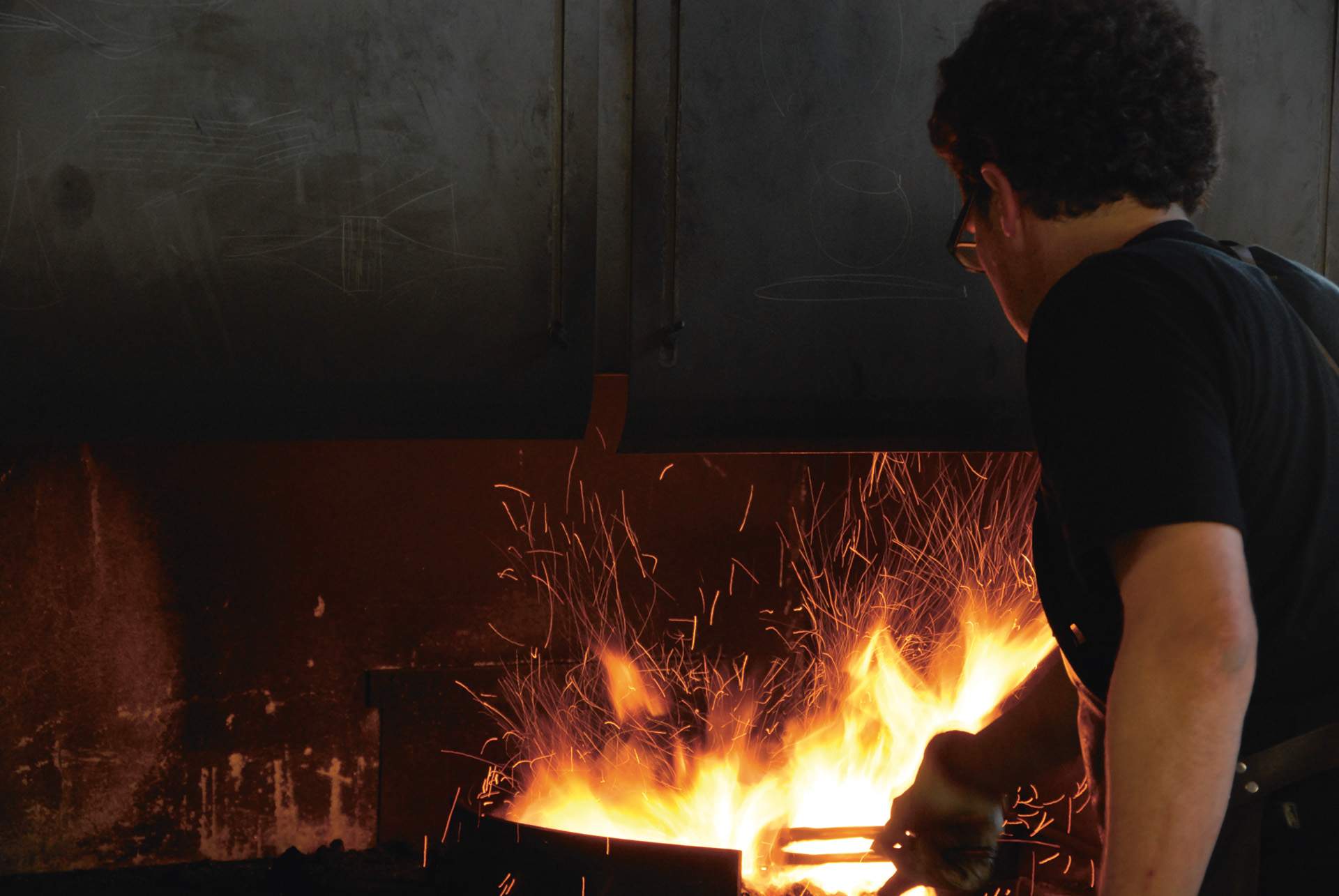 He modestly calls himself a blacksmith and metal designer. Apart from the extremely high aesthetics of his works, these alone are three reasons why Laurenz Stockner belongs in our book Makers Bible Südtirol. Because the man is not only a blacksmith, even though that is the profession he learned. No, he also had himself thoroughly taught drawing and the art of goldsmithing.

Laurenz, born in Brixen in 1971, first trained as a locksmith in Brixen and worked in this profession. Then he decided to give in to his wanderlust and had himself taught the goldsmith’s craft in Florence and southern Tuscany. Back in South Tyrol he worked for Robert Condin in Tramin – loyal readers will remember Makers Bible The Alps and the article on this webpage.

Since 2003 he has been running his own studio and workshop in St. Andrä. His artisanal work focuses on the production of driven metal bowls. For his well-known copper bowls, he draws the metal himself from the mine shafts of the historic and inactive mine nearby, in Prettnau, where he extracts the so-called Ahrntal cement copper. Commercial ore extraction was stopped here decades ago. For him, however, it is still worthwhile. Because the otherwise expensive raw material copper can be had cheaply for a start, but it also tells a unique story.

The rare art of making everything oneself

That’s why a bowl from Stockner Laurenz, for example, is one of those really rare goods that are still made in one place and exclusively by one pair of hands. We call that “a hundred percent”. Not least because of this, his work ranks as art and not as pure handicraft. No wonder that awards and exhibitions in art collections were not long in coming. He was awarded the International South Tyrolean Craftsmanship Prize and the Bavarian State Prize, among others.

If you would like to visit the gallery or the Landesmuseum Bergbau in Kasern in the Upper Ahr Valley, you can find information here. Among other things, the air in the gallery is particularly recommended for people with respiratory allergies.

By the way, the next destination in the Makers Bible Südtirol book is the  Biohotel Bühelwirt.