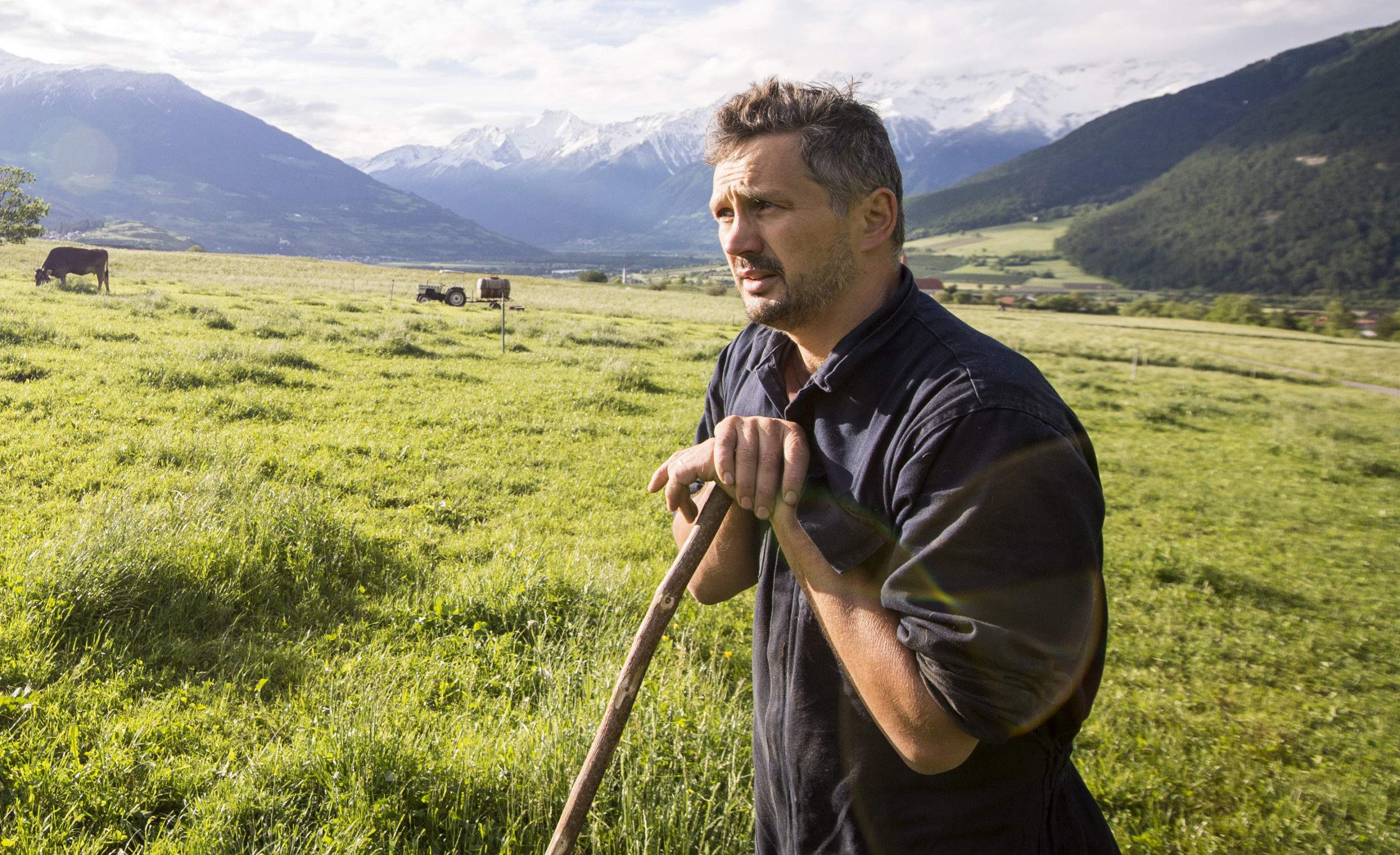 Much more remarkable than the golden glow, however, is the attitude behind the being – and the history of the Hofkäserei Englhorn: When the cheese dairy had to be rebuilt for “hygienic” reasons (not that it was unhygienic before), i.e. to comply with EU guidelines, Alexander Agethle proposed a deal to the neighbours. Whoever gives 500 euros gets a voucher for cheese, milk and butter worth 50 euros every year for ten years. Since Alexander not only had a good reputation, but was also convinced by his concept of a holistic, organic cycle, not only immediate neighbours quickly became “investors” who now keep an eye on the quality of their cheese dairy as “board members” literally over-looking the business.

A cycle has many levers

Alexander’s basic idea is that only healthy soil produces healthy, diverse plants. We have already learned this from Alois Lageder: If the soil is tilled and mown by animals, the plants and consequently the insect species multiply. Pests become fewer and beneficial insects multiply. We all know from school and the media that nature works in cycles. Good soil makes good fodder. Good fodder makes good fertiliser and produces, for example, good milk and good meat. Good is defined as tasty and free of pollutants.

If several of our senses are involved in perception, most of us recognise an original even if we have only known the imitation all our lives. The milk smells better, is softer and creamier, feels richer. When it comes to scent, it’s mainly earthy and hay notes. And since you can’t make good cheese from bad milk, its quality is crucial for the cheese, as it is here at Englhorn.

The logical thing to do. Englhorn and Lageder have been cooperating for many years

An exciting cooperation between Alois Lageder in Margreid and the Englhorn farm cheese dairy began many years ago, Alexander Agethle explains: “We graze our young animals in the vineyards of the Lageder family. This in winter. A great cooperation that allows us to keep the female and mostly also the male offspring and gives the Lageder family the opportunity to bring the animal impulse to the vineyards. Meanwhile our bulls are castrated and spend up to 4 years in the vineyards. Together we slaughter them and market the meat. In summer, all the animals go to the alpine pasture. An exciting story that has been showing how local resources can be better used for 10 years now.”

This natural food from Englhorn, who incidentally also (re)plant two original varieties of grain, along with species-appropriate and dignified livestock farming, coupled with care, experience and passion, results in a good product.

You have to go at least to South Tyrol if you want to buy the excellent cheeses. Either in Schleis, just below the Reschen Pass, or at Naturalia or PUR in Meran. It’s worth it, especially since Engelhorn cheese is not exported to faraway countries (it’s too good for that!).