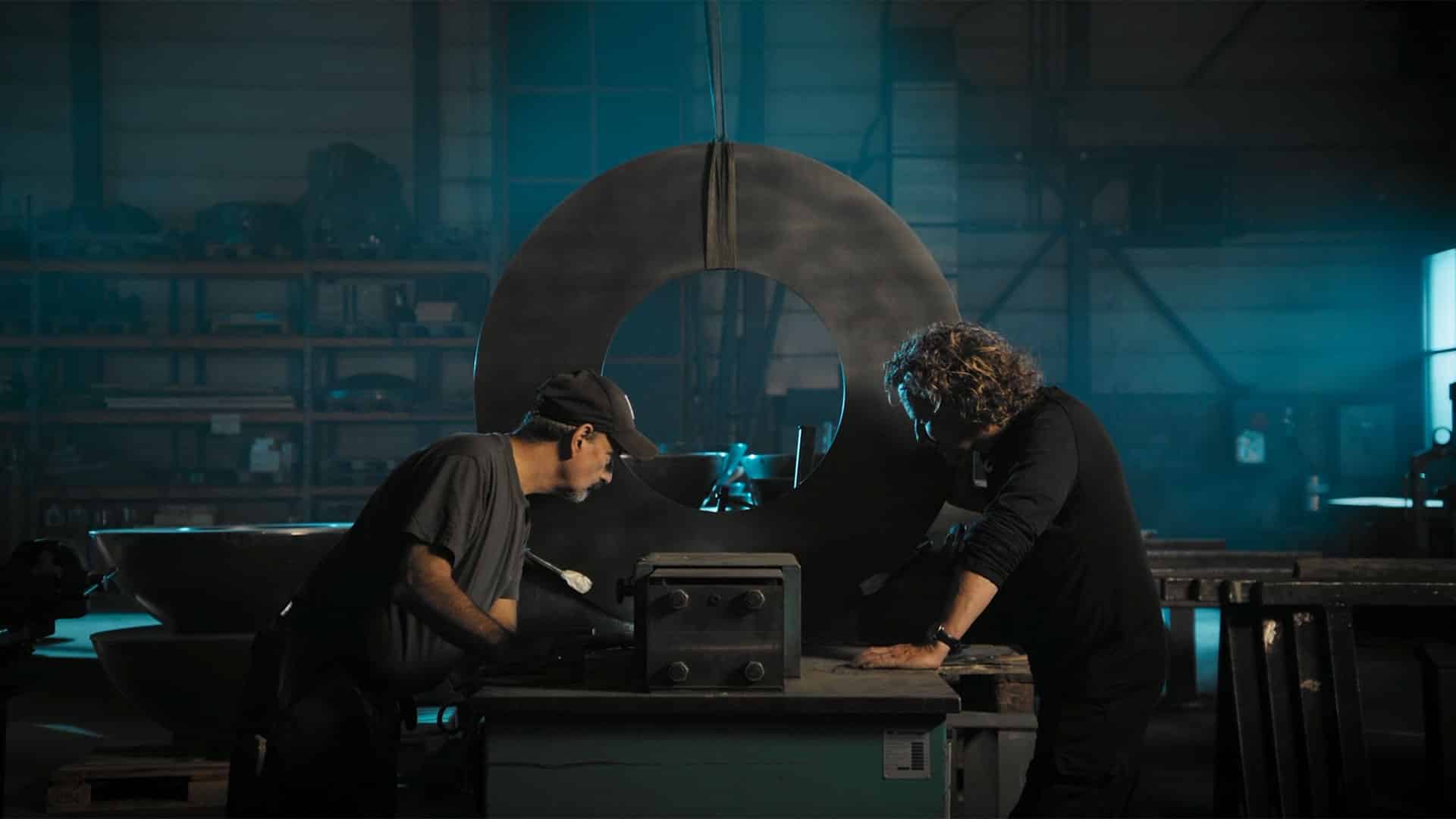 Mountains of the World by Dieter Braun

A blazing fire, conviviality and culinary delights. The Feuerring of Andreas Reichlin from Immensee is a centre for social get-togethers. Before it gets cosy and warm around the ring of fire and you can grill on it, the steel from which the Feuerring is made is shaped in a cold state.

The steel is pulled with 12 tons of pressure over a massive wooden form and is pressed. Nevertheless, the whole process requires a great sense of instinct and sensitivity. The right man for the job is Heiri Gisler from Frauenfeld. There are not many people left who celebrate and master this craft of metal pressing. Thus, from this co-operation meanwhile most different forms of the grill and fire place emerge. They are called Tulip, Luna, Luneli and for example Ovum. The wedding between the bowl and the actual ring then takes place in Küssnacht. The company Isenschmied welds both parts to a perfect unit. Through the use and natural oxidation of the steel, the object acquires its harsh beauty, patina and reveals the unique charms of the Feuerring through the blazing fire and the preparation of food in the outdoors. The Feuerring is limited to the essentials and never appears sterile. Thus, steel, craftsmanship and devotion become an object that exudes feelings and a little melancholy to the surrounding guests.

In 2016 the company received the TULIP Award “Red Dot”: Best of the Best” for product design. They also received the “German Design Award” in 2017. So that you don’t run out of ideas when barbecuing, there is also a recipe book set with the name Feuer & Ring, which was also awarded the “German Design Award” in 2018. The exhibition space in Immensee will be continuously designed and enlarged according to the motto “form in space”. Visit them for a trial barbecue!

Also take a look behind the scenes of the manufacturing of cast iron pots and pans.

A defiant quest across the Dolomites in brand new mountain mucks.

Mountains of the World by Dieter Braun