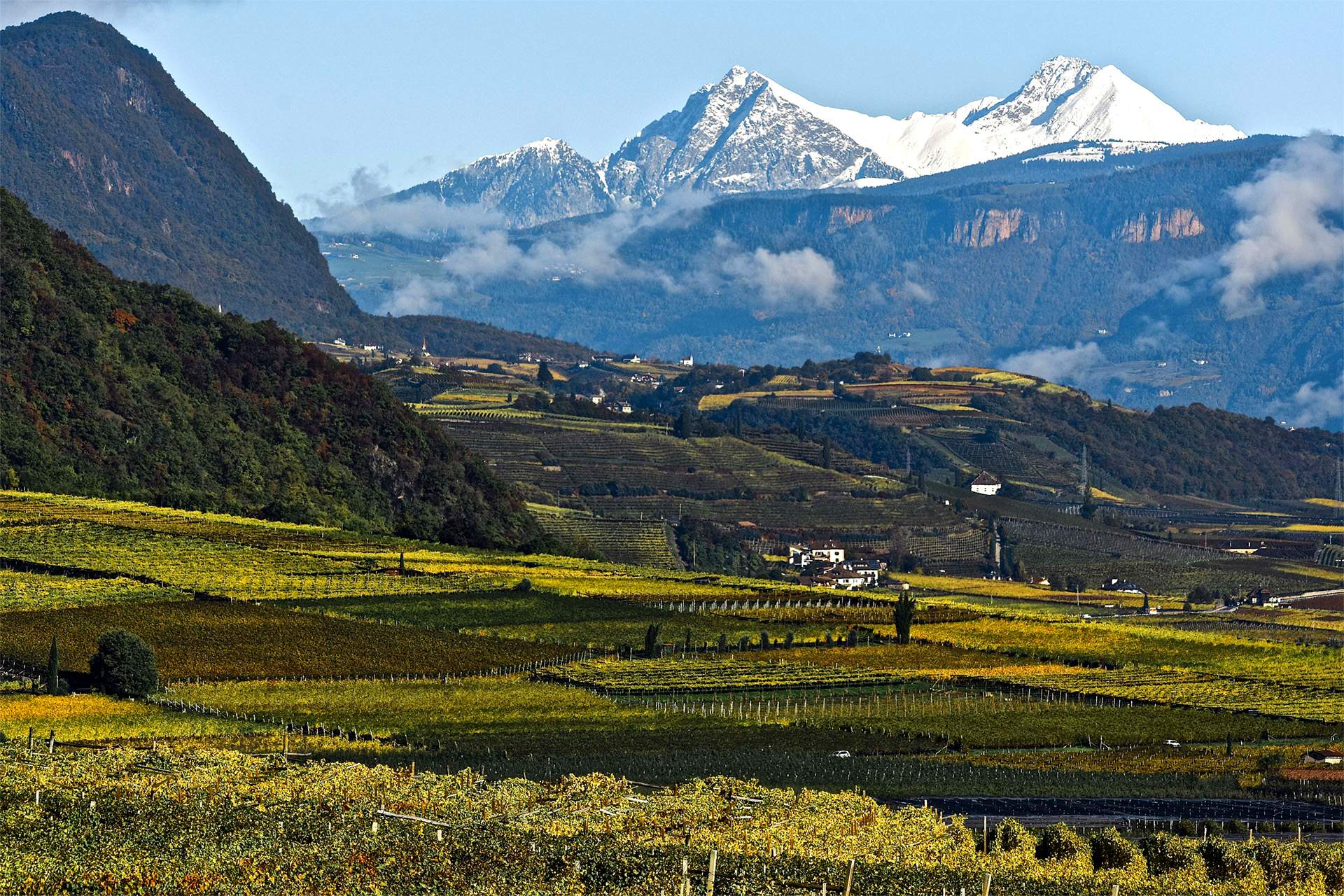 A guide to makers & crafters, traders, hosts and accommodation in South Tyrol between the Reschen Pass and the Dolomites. Makers Bible Guides do not lead to sights but to people. In particular to South Tyroleans whom we had the pleasure of meeting. With our camera at the ready and the Makers Bible South Tyrol in hand, we set out to visit a few makers and businesses and have the special features of their work explained to us in conversation – just as our readers can do.

The wines of Alois Lageder in Margreid are world-famous. The Paradeis restaurant is much talked about and praised. Yet Alois Lageder’s path from conventional winegrowing to biodynamic cultivation was initially ridiculed – and today often copied – so that it is almost logical that his children are now taking the path (back) to full-scale farming. “No future without origins” is truer in traditional South Tyrol than anywhere else. What does that mean? Instead of spending the winter in energy-consuming stables, oxen and sheep graze among the vines of the Lageders, where it is warm enough for them, they are in the fresh air and mow and fertilize at the same time. The result: pests become fewer, beneficial insects multiply. A small pig farm constantly provides for offspring, but also for supplies in the restaurant’s kitchen. The approximately 1000m2 garden, strategically located between the vineyards for the sake of ecological diversity, provides culinary delights almost throughout the year. All the main ingredients of the Paradeis dishes come from within a 500-meter radius.

The history of the Psenner family distillery begins in 1947, when South Tyrolean Ludwig Psenner started up his first distillery in Tramin an der Weinstraße. He distills his own grappa from the best wine marcs in the area. Soon after, the first fruit brandies followed, and with them the first international milestones in the art of South Tyrolean distilling. Incidentally, it was this same Ludwig who brought the pear into the Williams bottle.

Here, too, a change is taking place. No longer mixed brandies, but single-variety brandies. This means “less, but better”, but indirectly also contributes to the preservation of old varieties. One of the most important allies in the refinement process is wood, because many distillates are allowed to rest in barrique barrels and strive for maturity. If you would like to experience this mixture of pioneering spirit, experience, wood and time, a stop at the distillery and adjoining shop in Tramin is highly recommended. Cheers.

The third house of the Dissertori family in Lana. A villa with 10 suites and a park-like garden. Genuine craftsmanship is found in the interior, designed by an all-women team from the Bolzano interior design office Biquadra. Restored vintage furniture, antique finds and subtle colours and materials. The head should rest here, the senses should be allowed to unfold. It is – also – the handiwork of real craftsmen that give the establishment its soul. This applies to the interior design and its accessories just as much as to the lovingly prepared dishes, which can be served at various places in the house and garden, depending on your mood.

It’s that certain amount of lightness that makes you love going to the Miil. The warm hospitality of Othmar Raich and his team is unpretentious, but to the point. Chef Daniel Werth decides what guests get on their plates here. And their own garden outside, that is gardener Gabriel. The menu is therefore strictly seasonal, local and updated daily. (The carrot on your plate has therefore never seen a chemical and was still slumbering in the ground only hours before, about 50 meters away from your table). Naturally, the market supply and the garden determine the menu. The atmosphere in the kitchen is unique, where things are calm and relaxed; the positions are occupied by remarkably young cooks. In addition to concentrating on the pot and the plate, people joke and help each other. Outside the kitchen, where the guests dine, the service team works almost unnoticed. By the way, in summer, due to the frequent spontaneous thunderstorms, all reserved tables are set twice – once outside, once inside to protect them from possible wetness from above.

René Romen moved to Berlin and London to learn the trade and art of “sweet seduction”. His small manufactory and chocolate studio is located in a backyard alley at Rennweg 47, not far from the Hotel Europa Splendid. Here the cocoa beans arrive packed in hessian sacks and the entire process of turning raw ingredients into chocolate bars begins. This is called bean-to-bar and you can have René show you how it’s done, or at least explain it to you. Package design, varieties and ingredient combinations follow a collection principle, similar to fashion. The Alp collection, consisting of three varieties, each with a selected cocoa, has an “Alpine partner”, for example: 58% cocoa from Peru paired with South Tyrolean strawberries or 70% cocoa from Colombia with mountain mint or 58% cocoa from Madagascar paired with goat’s milk.

At the Oberniederhof in the Schnals Valley everything is, to our taste, as it should be. What is as it should be at the Tappeiner family farm is the holistic approach to farming. As an Ark farm, species preservation and diversity are in the foreground. The Tyrolean grey cattle are allowed to keep their horns, have space and run, and the calves spend their first months with their mother cow before they go to “kindergarten” with the other youngsters. Tiroler Grauhvieh may not be a high-performance breed, but the sturdy legs are sure-footed in the mountains and on the high pastures. And the meat, also due to the natural fodder, is a delicacy. Tasty eggs, which are also low in cholesterol, come from various feathered fowl. Lively Schwäbisch Hällischen Landschweine provide meat for bacon and sausage (without nitrite salt) – in addition to a lot of entertainment. In the farm shop, right next to the stables, products such as the farm’s own cheese are on sale. And always only what is available at the moment. So it is logical that in summer cheese can only be made from the milk left over by the calves.

Beyond that, our guide leads you to unique experiences in South Tyrol, such as the Waale, a unique system of canals meant to transport water from high altitude slowly into the fruit gardens and winyards in the lower valleys which make for very soothing and relaxing hikes.