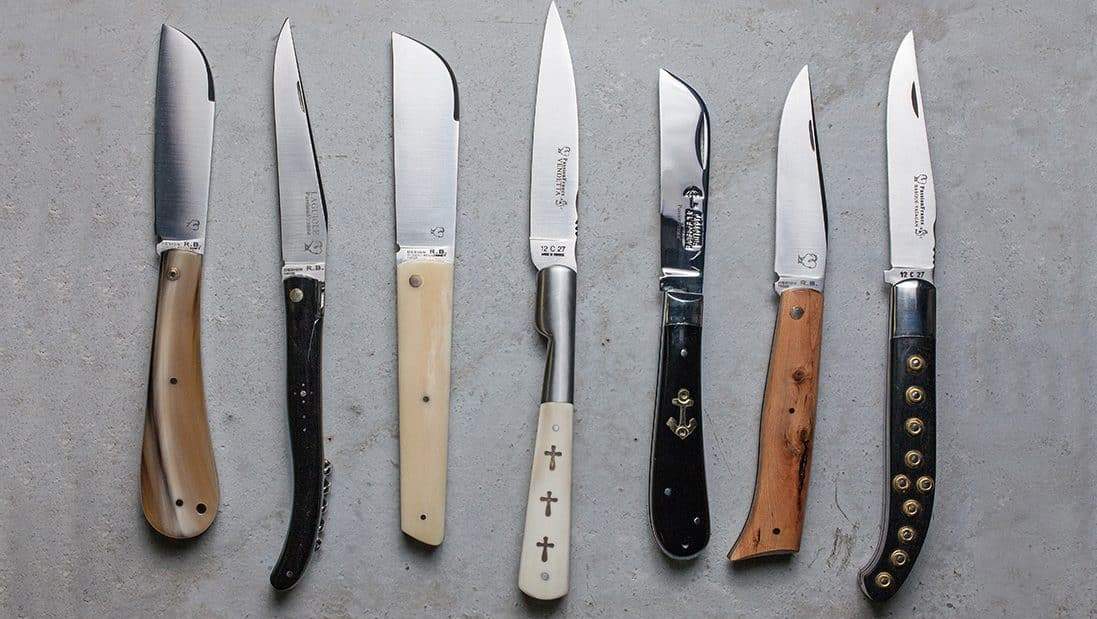 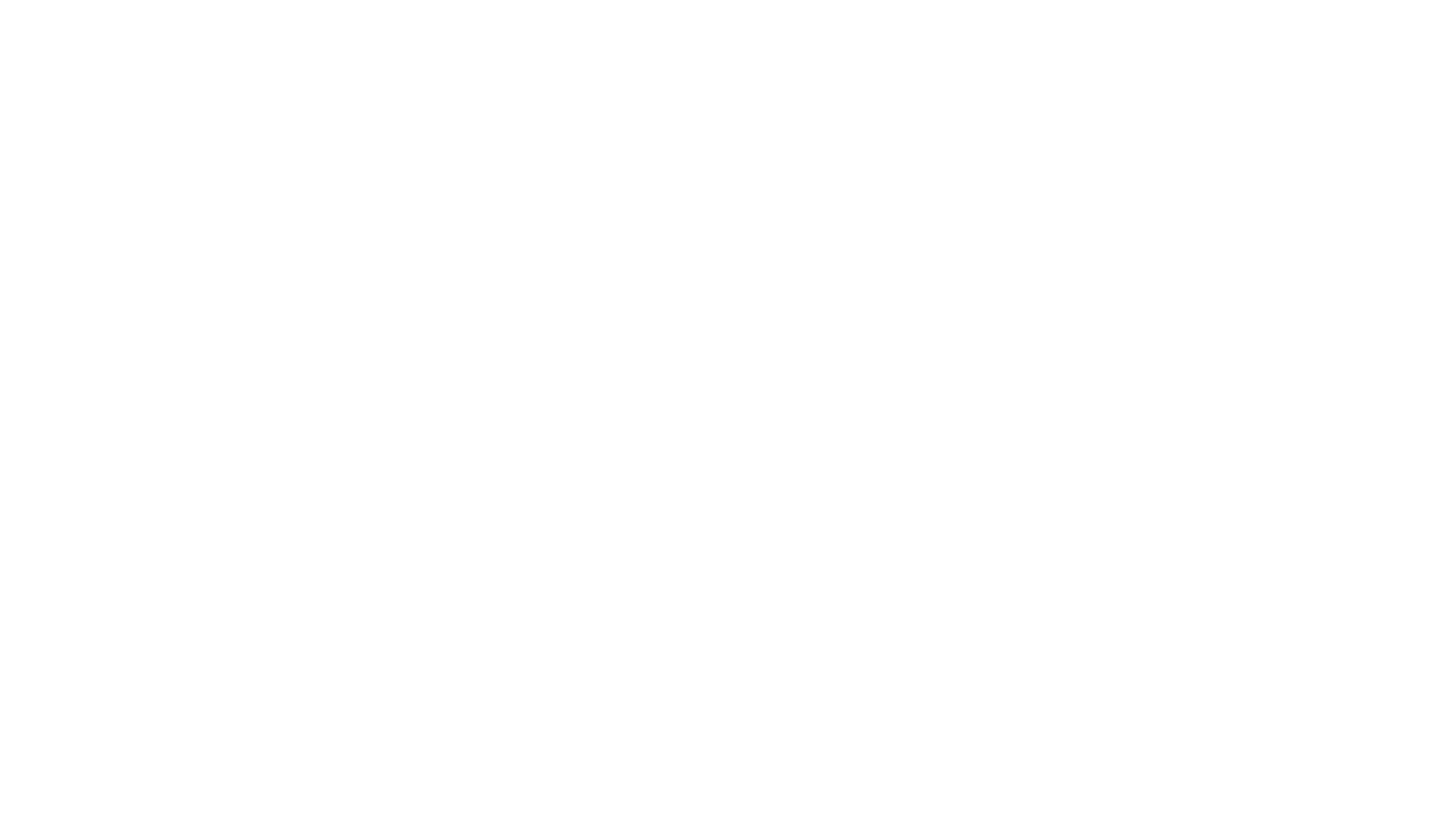 On his trips to France in the 70s, Wolfgang Lantelme came across the remarkable variety of historic French pocket knives – and fell in love with the country of France and its diverse regions. He founded Passion France – a business where history meets high-tech and traditional forges meet the best quality of German standards. Ever since founding Passion France, Lantelme has been on a quest of discovering and preserving the rich history and myths surrounding French pocket-knives, constantly inspired by the “Savoir Vivre” – the easy going lifestyle of the French people. Up to today he has discovered over 60 traditional knives – each of them crafted for its unique purpose, marked by the region and terrain it has originated from. 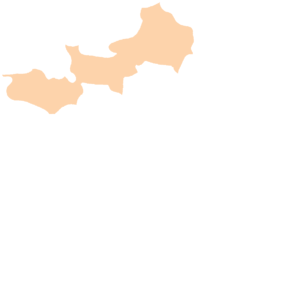 The North West – a region marked by the sea and the shore, a cultural landscape full of mysteries. Into that environment the SEURRE LUXE was born.  “Le Seurre, c’est un couteau ènigmatique … “ “The Seurre is a peculiar knife” – That is the answer you’ll receive, when you ask about the origin and history of this knife.

Its origins are completely in the dark and the knife hasn’t been produced anymore since decades. Sadly so, because it is one of the most beautiful models among the French pocket knives. All we know about this knife is that it used to be sold along the Côte d’Or in Burgundy and the Saône , along the branches of channels throughout France. 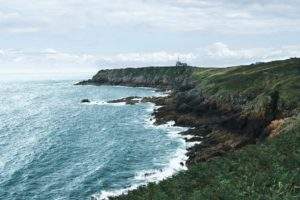 The nautical environment with its challenges and rough people definitely calls for a “Compagnon fidèle”, a faithful companion – plain and reliable.

The downturn blade and striking features make the Seurre a typical nautical knife. However, it is not only used by sailors, but also by winegrowers and farmers, used on the fields, at farms and vineyards. A knife out of two worlds. To reconstruct this knife Passion France hired Robert Beillonnet – one of the best craftsmen of France. He truly exceeded at recreating the features and through his skilled work perfected this knife. 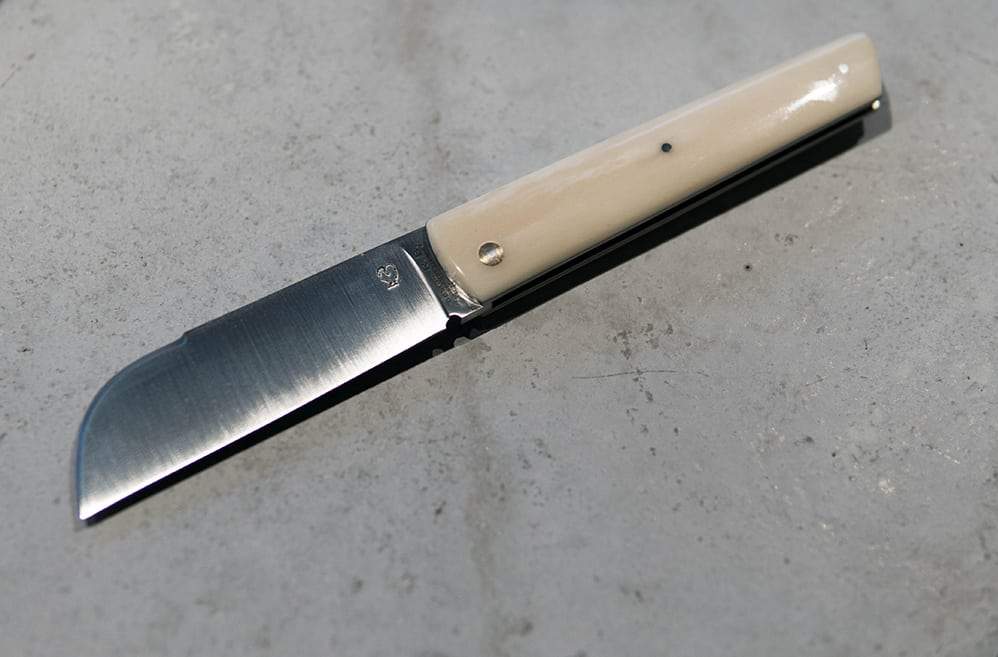 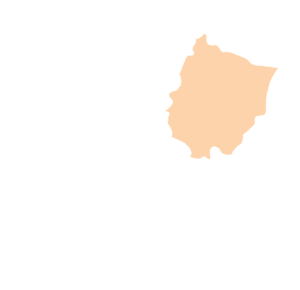 LONDON, Armor, Terre-Nuevas, Gwalarn, Gabier – the list of names for this knife goes on and on, for it is known across all the coasts of the north – from the North of Bretagne, across the Normandie, along the English Channel, even at the shore of the Baltic sea. Truly a nautical knife with prominent features: wide blade, downturned pointing tip, an ergonomically shaped handle that fits each owner perfectly. 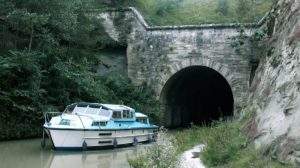 Made for all kinds of works on board: Cutting ropes, repair work, cutting linen of the sails, and for the meals in between. Old versions of the LONDON knives are practically not existent anymore. Due to the hard work they were used for, they became rusty and decayed quickly. Fishermen and sailors would customize their LONDON knives, by engraving and carving of motives such as sailboats, kraken, knots or anchors. 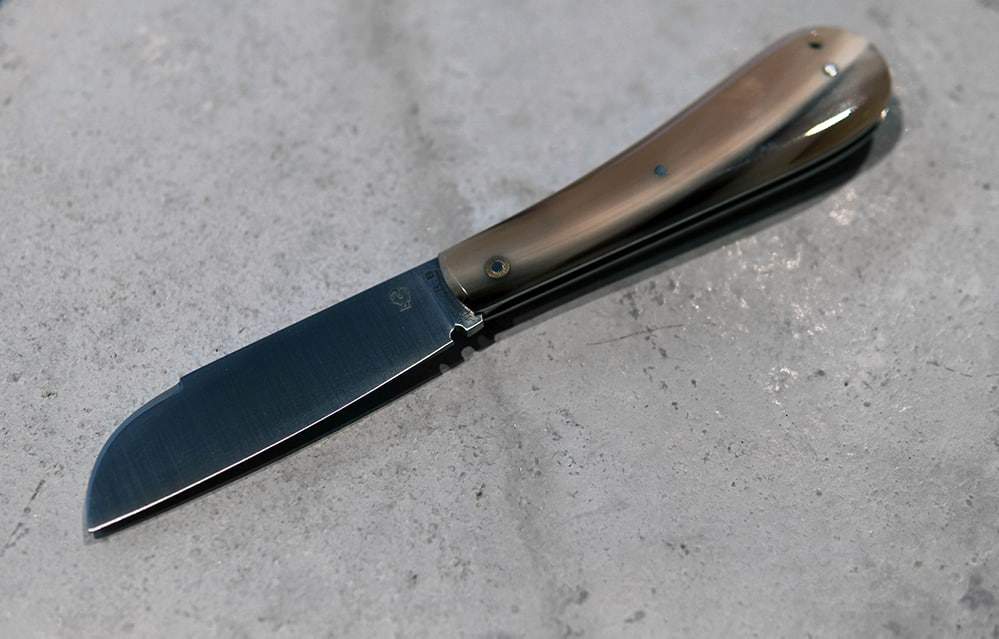 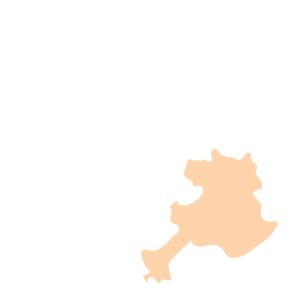 Traveling South East, you will find a whole different face of this beautiful country – a range of massive Mountains with the Alps Maritimes and Hautes that reach a height of over 3000 meters.

Life up there can be wild, rough and lonely over time. A life defined by a very different rhythm. Shaped by farming, milk production, the keeping of goats, sheep and cows to create the best cheese. All of which are in need of excellent quality knives. 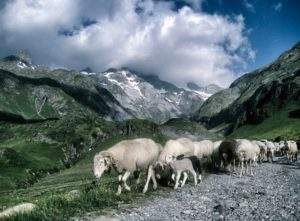 The ALPIN was born in Savoyen in the 19th Century. It is extremely versatile, is loved for its handiness and beauty. Originated as a tool for the alpine farmers, who used it for their work in the woods, on pastures with their cattle, as well as kitchen work and the daily “casse-croûte“, the daily lunch on the go.

The ALPIN handle used to be made of horn, bone or leather – rarely and exclusively the horn of wild ram or mountain sheep – craft work of these unique products is time consuming and of high effort. 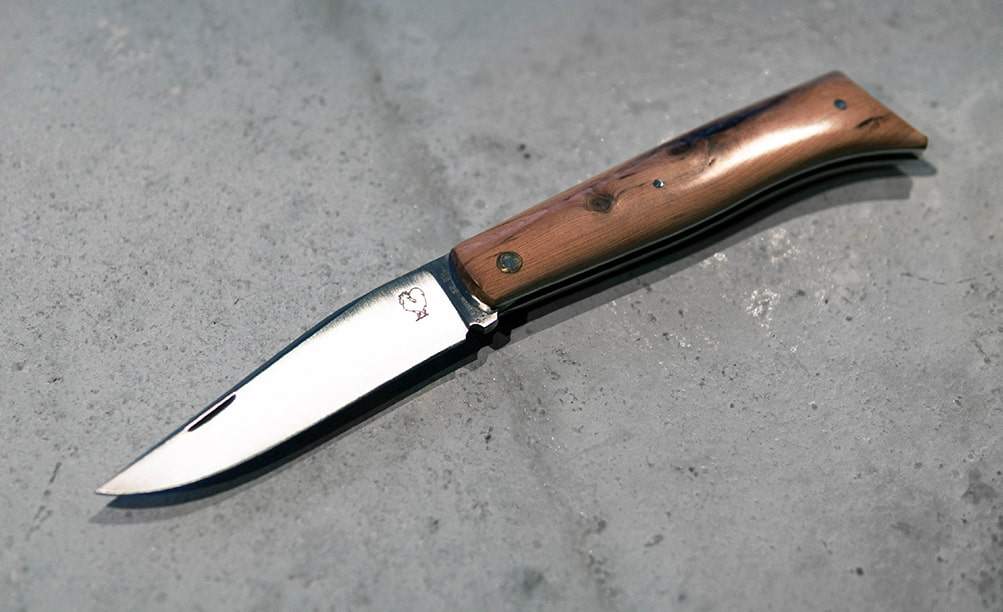 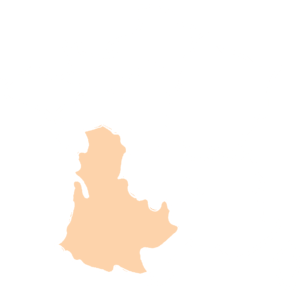 The BASQUE YATAGAN is known among all the regions of Basque county, the Spanish and French regions of the Pyrenees mountains and across the borders of Spain and Aquitaine state. Its blade is inspired by the Yatagan swords, which crusaders brought back from their journeys to the far east.

The unique shape of the blade merges elegantly with the shape of the handle. It is said that BASQUE YATAGAN was the knife of the shepherds, who needed to survive when they were all by themselves, taking their flock of sheep up to the wild regions of the Pyrenees mountains. An area that was well acquainted with bears and wolves. They needed a real “Compagnon fidèl” – a faithful friend. 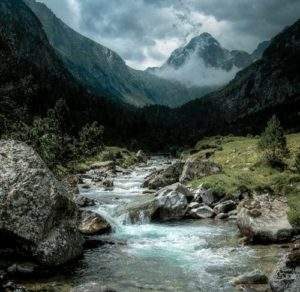 It is also said that it was the knife of the tobacco farmers in the area of Bergerac. When harvesting tobacco plants, a white greasy liquid was released which made it hard to hold onto the handle of regular knives. The BASQUE YATAGAN with its traditional rosette relief has the hand of its owner fully gripped throughout harvest time. If you’re searching for a solid and “faithful friend” for hiking and outdoors, the Basque-Yatagan is the ideal companion. 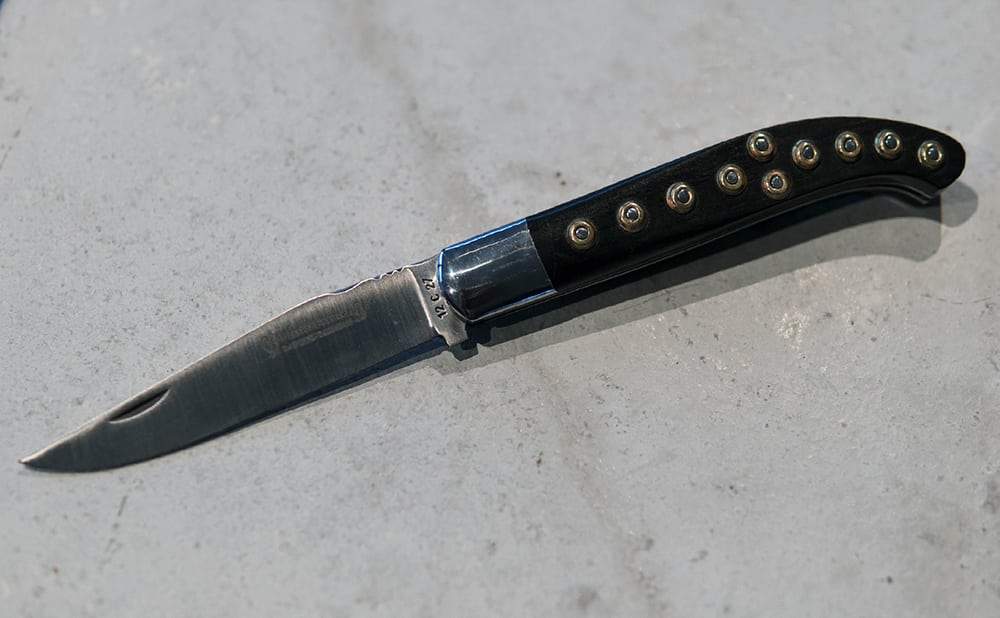 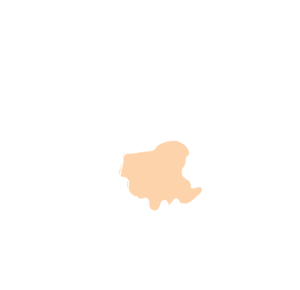 The Massif Central is the most fertile Region of France – landscapes are as diverse as the traditions of the individual terroirs. The LAGUIOLE 1900 is quite different than its old version made in the 1850s, with its straight handle shape and a classic blade.

Two centuries later the LAGUIOLE was formed with a turned handle and the Yatagan-blade. For special occasions like baptisms or weddings very unique and extravagant LAGUIOLES were made with beautifully crafted ornaments. 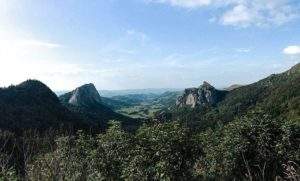 Passion France’s LAGULIOLE 1900 was reconstructed due to the research of Christian Lemasson. It is crafted with authentic Materials, has a slim form and preserves the elegance and beauty of its origin. 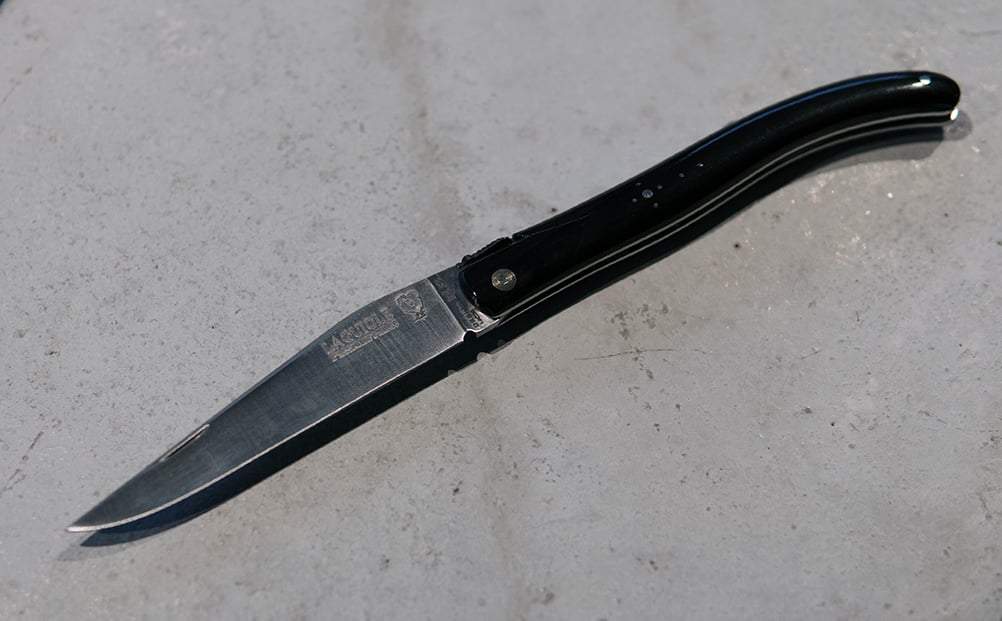 Did you like this brand story? Here you can find everything about Tellason.